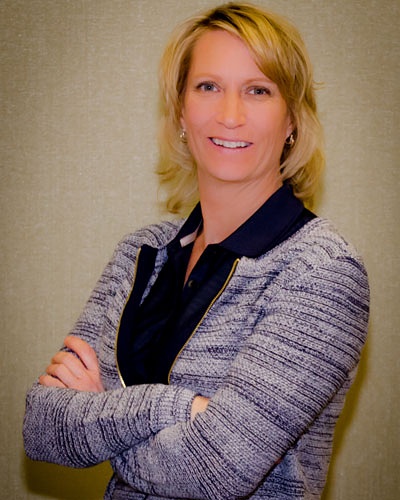 Mary Biancalana, Owner and Director of Therapy for Chicago Center for Myofascial Pain (Relief), has excelled in the fitness education field since 1983. A lifelong athlete and exerciser, Mary possesses a unique blend of skills and training that sets her apart. She holds a B.S. from DePaul University in Teaching Physical Education and a Master’s in Education from Northeastern Illinois University. She also holds four State of Illinois teaching licenses and is an American Council on Exercise Certified Personal Trainer, a Nationally Board-Certified Myofascial Trigger Point Therapist, and a Licensed Massage Therapist.

Mary has been Vice-President and is currently President of The National Association of Myofascial Trigger Point Therapists of which she has been a serving member for 14 years and Annual National conference chair for 9 years. Mary is currently a member of The American Academy of Pain Management, The International MYOPain Society, The American Council on Exercise , and the American Massage Therapy Association. Mary is a sought-after speaker with experience that includes dynamic and top-rated lectures and presentations at numerous Fibromyalgia and Chronic Pain Conferences, eight NAMTPT Annual National Conferences, the US Army William Beaumont Medical Center Conference on Integrated Medicine, the AMTA Illinois Chapter Annual Meetings, and the SOTO- USA Cranio-Dental Conference. Mary also has hosted 6 highly attended nationally broadcast webinars reaching over 1,400 practitioners all over the country.

Mary authored the book Trigger Point Self-Help for Lower Back Pain together with her co-author, published in March 2010 by New Harbinger. This book continues the legacy of Drs Travell and Simons, brought to mainstream public by Clair Davies and his daughter Amber Davies, a colleague, friend and collaborator with Ms Biancalana. The Lower Back Pain Book has been published in both Korean language as well as in Japanese. Ms. Biancalana’s publishing credits also include three articles for Advance Physical Therapy magazine, a contributory chapter in the book Taking Charge of Your Fibromyalgia by Rosalie Devonshire, LCSW, as well as the article “The Posture Revolution, What it Means to Runners”, which ran in the June 2007 issue of Northwest Runner magazine. She also participated in an internet interview/analysis on “The Use of Posture Control Insoles for Patients with Chronic Pain and Fibromyalgia”, which can be found on www.mortonsfoot.com. Quotes and contributions based on her work are included in a spring 2006 article on Posture and Myofascial Pain by Fibro AWARE magazine, and also in the article “To get in Shape, get on the Ball” which ran in the Denver Post, September 19, 2011.

Mary has racked up an exorbitant number of frequent flyer miles crisscrossing the country to teach the Trigger Point Therapy Protocol to licensed health care professionals, including Licensed Massage Therapists, Athletic Trainers, PTs , OTs, MDs, DCs, DOMs, NPs, and Nurses. She has also treated and been endorsed by several members of the Chicago Bears.

All prices are in USD.